In this outrageously fun workshop, veteran film and television actor, Patrick Richwood takes a specific set of tools that have helped actors for generations, and brings them to everyone else. As modified by Richwood, anyone can use these tools to move concerns, fears and anxieties out of the way quickly, allowing you to deliver your message with confidence and ease to any audience you want to impact.

You really can become masterful at speaking in front of any audience, in any situation, from conference room to TED Talk – and (are you sitting down?) actually have fun doing it!  The results are real: more sales, clients, influence… impact. Because when you have something to say to people, and nothing’s in the way of you being really you – people listen in a whole new way. 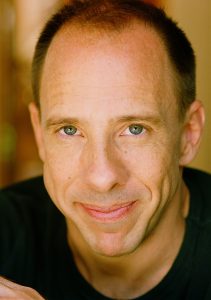 Born and raised in Burbank California, PATRICK RICHWOOD has been a professional actor for almost 40 years. Though known primarily for his comedy work on film and Television, he has performed on numerous stages across the country, including at The White House. His work on screen has been dubbed into eleven languages and comprises 23 films, 3 Television series, numerous guest-starring roles and over 100 wacky commercials.

In addition to his work as an actor and director, Richwood has been a professional coach for 15 years. He works with clients of all ages to develop skills in confidence, communication, personal development and of course acting. He has delivered numerous acting workshops throughout the US and in Canada, but his current workshop, FEAR SCHMEAR is for anyone who is not an actor. This fun, 3 hour event is designed to break through stage fright and “speaker anxiety” with unique exercises that hone specific tools, which the workshop introduces, in a safe and fun environment. 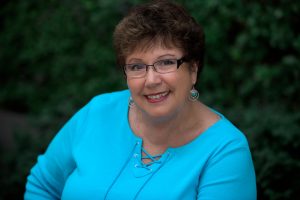 As the CEO of Get Clients Everywhere, Marie Fratoni works globally to help professionals build solid, long-term, successful businesses. She coaches business owners and professionals to become savvy, social, and successful through cultivating professional relationships that are both fulfilling and profitable. She provides sound business building strategies, coaching, and growth-filled seminars that are fun, dynamic and valuable.

As a community leader, Marie makes a difference! She is a staunch advocate for women in business, founding and leading several professional groups throughout the years designed to up-level the careers of women including the Women’s Professional Development Network (WPDN) in Atlanta.

Her strong community involvement in charitable causes and organizations has placed her into the Who’s Who of Women in Business and the Who’s Who of International Business. Marie is a Registered Corporate Coach, RCC, popular speaker, and she truly enjoys helping business owners double or triple their income.

This is a 3 hour workshop (including a short break at around the halfway point). No special clothing or materials required. Just a sense of humor and a willingness to learn some great new tools. FEAR SCHMEAR is a wheelchair-friendly program. People of all physical abilities will be able to fully participate in the exercises of this workshop.